Kaiseki at Kyo Ya

Julie and I came up with the name Fabulosity Within Reach because we want to be as fabulous as possible within our budget. Kaiseki, a traditional multi-course Japanese dinner, is definitely not within most people's budget, but if you want to spend a lot of money on a really good meal, I would highly recommend it. Kaiseki is usually a formal dining experience in Japan. The food not only tastes good, it is often presented in the form of art and served by waitresses wearing kimonos. A reviewer on Yelp said he was eating tuna sandwiches for a month after going to a Kaiseki, but it was so worth the experience for him.

For my sister's 30th birthday, we went to Kyo Ya for their 10 course Kaiseki. The restaurant is very hidden: it's located in the basement of an apartment building in the East Village. There isn't a sign outside, and they don't even have a website!

I apologize for the quality of the photos, which were taken with my iPhone, as I forgot my camera. 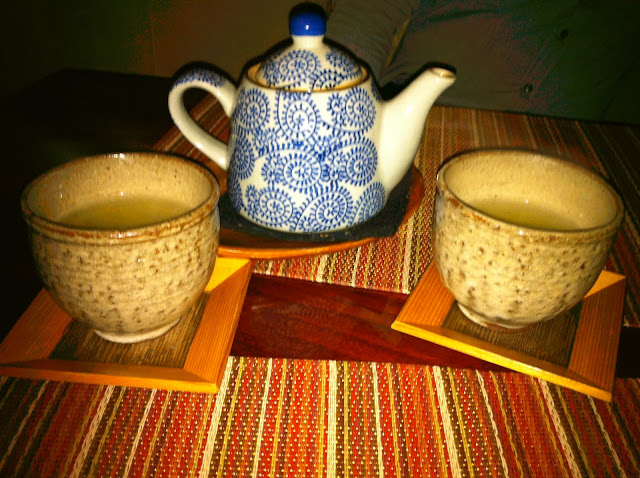 I can't go to a Japanese restaurant without drinking Green Tea. 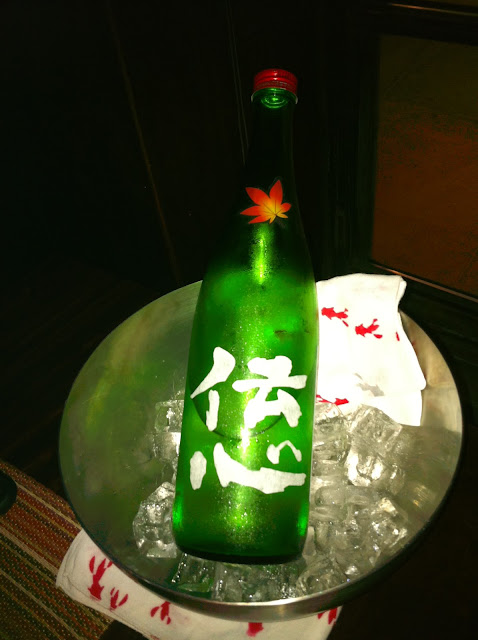 Seasonal Sake - this was extremely smooth, light and refreshing-- just the right kind of sake for me and a perfect pairing to the meal.
Kaiseki﻿ 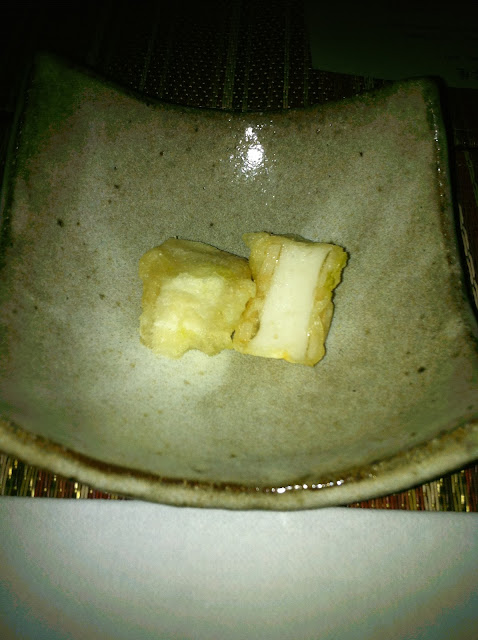 "Zatsuki" - Stuffed lotus root with fish cake. This tastes like a good fish cake- nothing amazing. 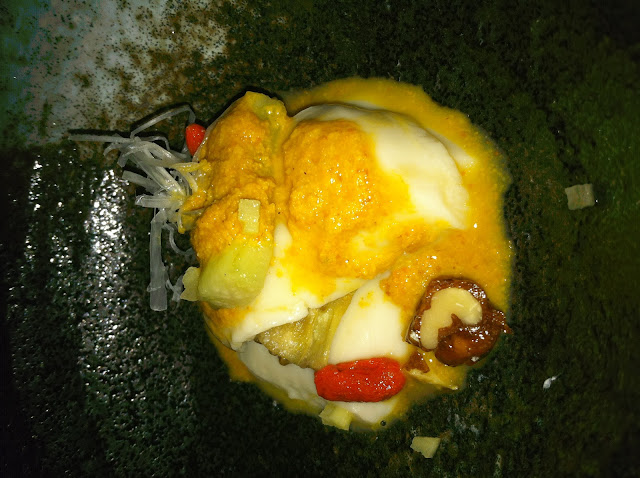 "Sakizuke" - Grilled eggplant and goma tofu with sea urchin sauce, which is literally three of my favorite Japanese foods in one dish. It was so good, everything just melted in my mouth. I ate it very slowly to savor the taste. 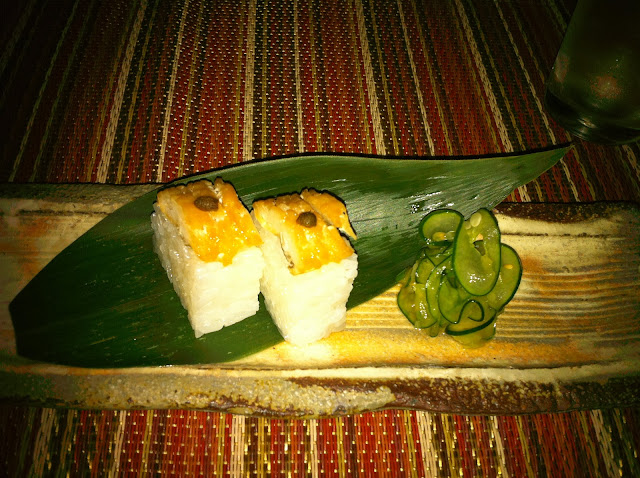 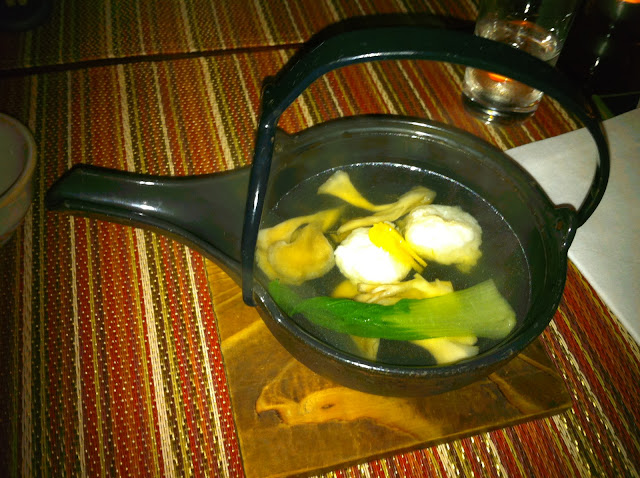 "Owan" - Snapper mousse ball and mushroom clear soup. This is similar to the Chinese fishball soup with mushroom soup base. The waitress suggested that we pour out the soup and drink the broth alone, and then eat the food afterwards. The soup went down smoothly, and I could feel the nutrients in the soup going into my stomach. I like fish ball and mushroom, so of course I enjoyed eating the remaining contents of the soup bowl. 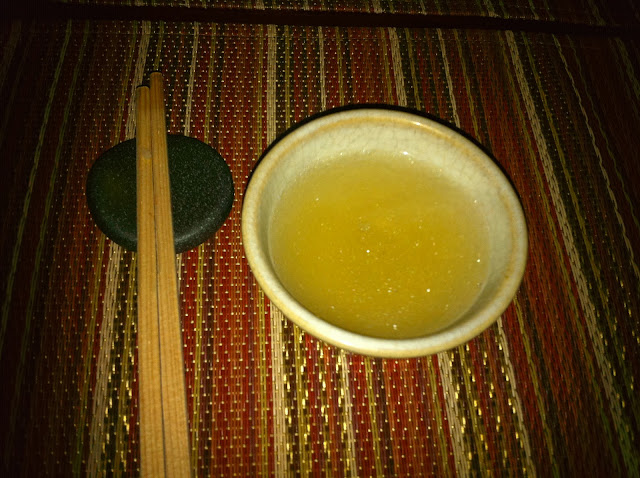 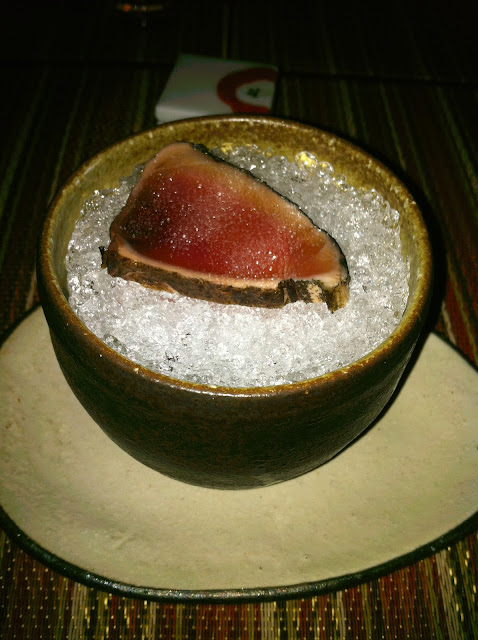 "Otsukuri" - Sashimi of the day, Part I. I'm not a big fan of this kind of fish- it's salty and fishy. This one wasn't bad, but I still wasn't a huge fan. 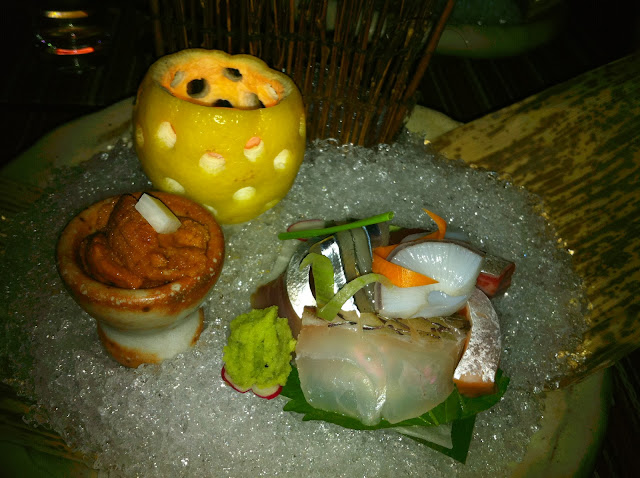 "Otsukuri" Part II - OMG, I died eating every single piece of the sashimi, as each piece was so refreshing and so sweet. Every bite was heavenly. Suffice to say, it was the best sashimi and the best sea urchin I ever had! 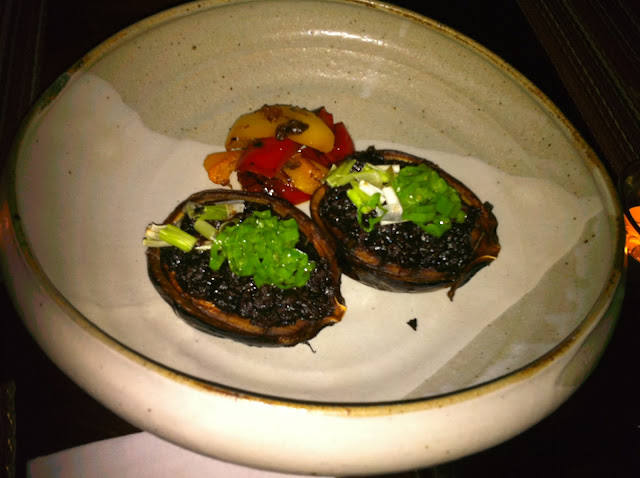 "Yakimono" - Grilled lobster, corn with shuto sauce in potato simmered sanma pike mackerel with arima sansho. The description alone says it all. The perfect bite for me! 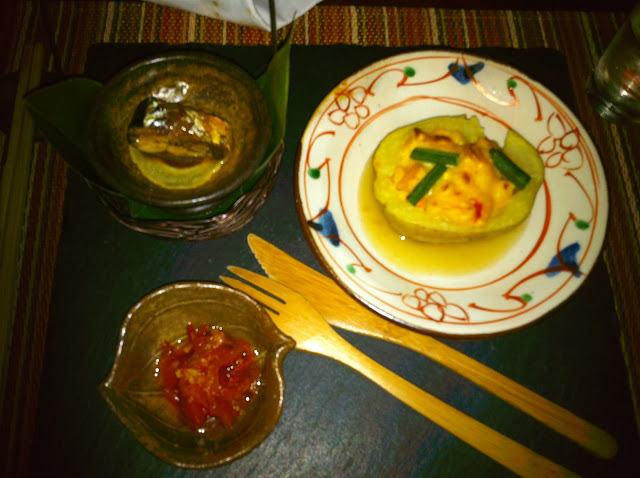 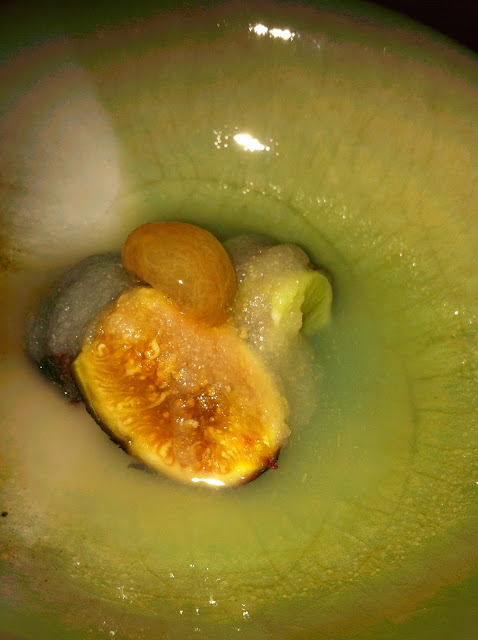 "Tomezakan" - Fresh fig with Japanese pear lemon vinegar sauce. It's fig in lemon sauce- what's not to like? It's the sweetest fig mix with a hint of sour. Sweet and sour are my two favorite flavors. 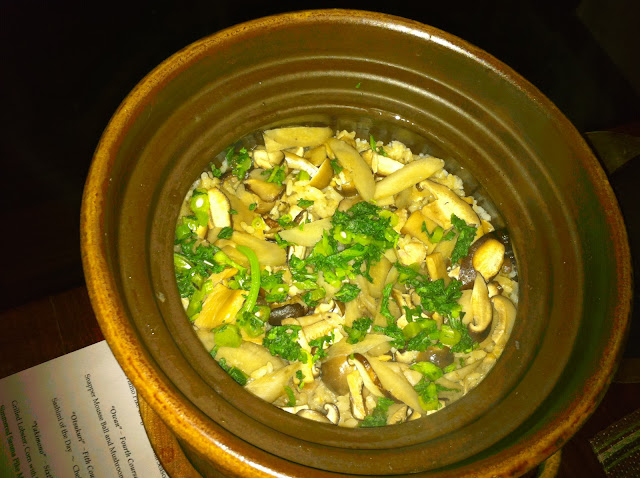 "Oshokuji" - Rice cooked with organic chicken and assorted autumn mushrooms in clay pot, nameko akadashi soup and pickles. I love clay pot rice- the flavor of mushrooms is completely soaked into the the rice, so it has the perfect aroma and taste. Paired with red miso soup, it's the prefect combination! How happy would you be if you came home to a perfect clay pot rice with miso soup for dinner? 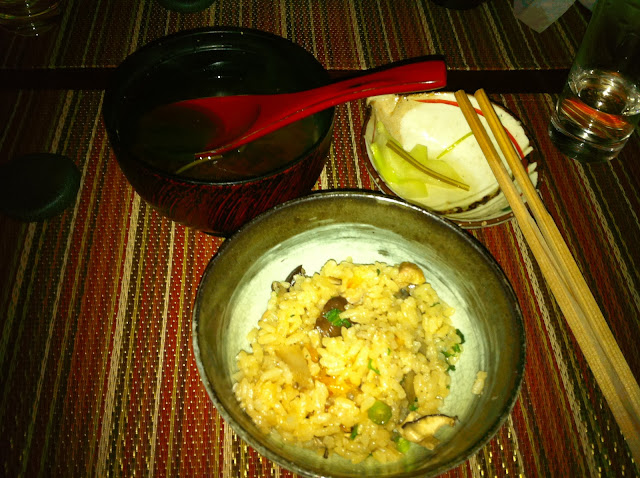 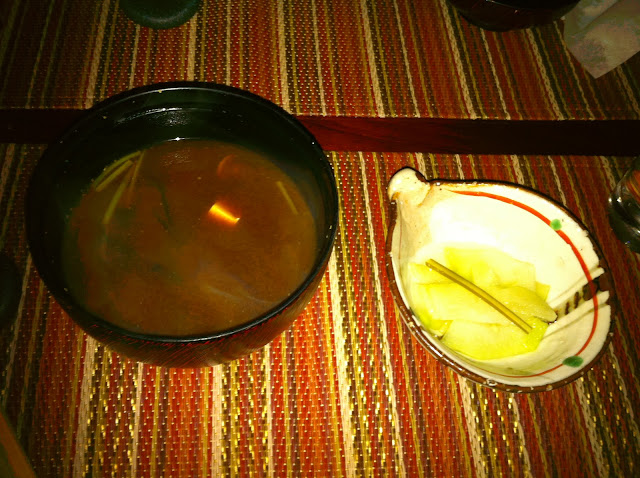 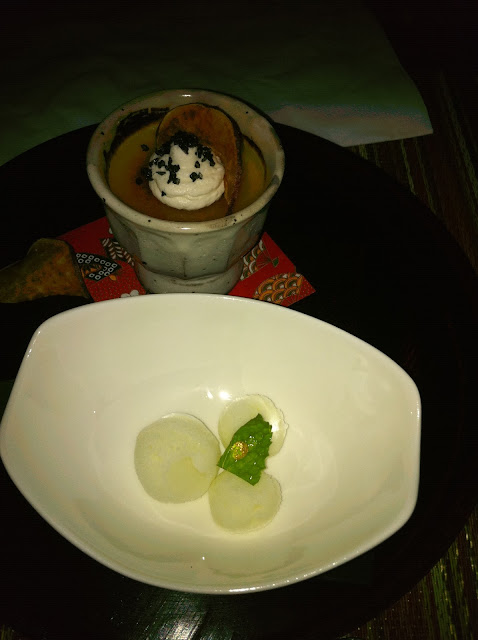 Sweet potato creme brulee with shio whip cream, honey dew melon sorbet. I know this doesn't look or sound like the best dessert, but for some reason, the combinations of sweet and sour, the thickness of the creme brulee, and the refreshing sorbet just hit every single taste bud in my mouth. This was literally the happy ending. I would say I haven't had dessert this good in a long time!
Posted by Mimi Chi